From Industry to Academia

Mark Baldwin was an education major with a focus on computer science and secondary education before being swept up in the Internet boom of the late nineties. “I left behind my plans to teach to instead focus on a career in software development,” he says. He reversed course nearly 20 years later, after going to grad school to study human-computer interaction. “My original instincts for teaching resurfaced,” he says. “While I enjoyed my time in industry, I find the work that I do with students much more fulfilling.”

As an industry professional, Baldwin witnessed the obstacles that people with disabilities encounter with information and communications technology. “My decision to pursue a Ph.D. was largely influenced by my desire to make an impact within the fields of accessibility and assistive technology,” he says. His research now focuses on novel forms of computer interaction for people with visual impairments. Working with a non-profit called Makapo at the Newport Aquatic Center in Newport Beach, he developed the Cooperative Outrigger Paddling (CoOP) system, which lets people who are blind or low vision paddle alone in a canoe while a sighted guide remotely steers.

As an informatics lecturer, his teaching philosophy aligns most closely with constructionism. “I view my role in the classroom as a mediator, guiding students as they explore ideas that pique their interest,” he says. “I believe that learning is experiential and knowledge retention is most effective when personal interest is at its fullest.” He thus designs his courses to facilitate participation, encourage group work, and foster problem solving. He’s also always introducing accessible thinking into his teaching. “When my students enter the workforce,” he says, “they are prepared to bring principles of accessibility — and inclusive design more broadly — with them.” 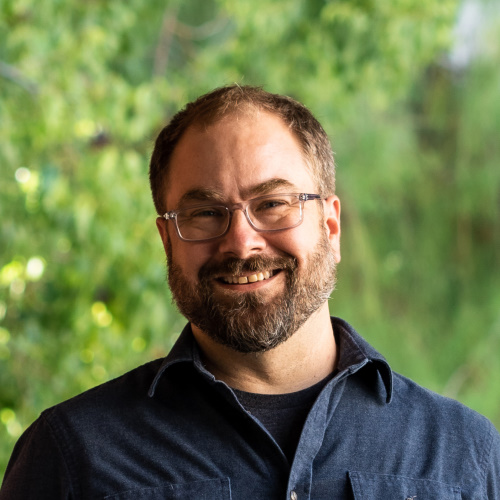 “While I enjoyed my time in industry, I find the work that I do with students much more fulfilling.”